A data breach can be a catastrophic event for any organization. One way to help curb potential exploits is to get a handle on potential attack vectors. In this post, we will cover what an attack vector is, the most common ones to be aware of, and key ways to reduce opportunities for bad actors to exploit system vulnerabilities.

What is an attack vector?

An attack vector is the combination of a bad actor’s intentions and the path they use to execute a cyberattack on an organization. For example, a cybercriminal looking to infect a network with ransomware may use a phishing email to gain access. In this case, the phishing email is the attack vector.

Hackers continually attempt to gain unauthorized access to your computer, server or networked system of devices and cause a malicious outcome, or attack. The method by which they attempt to achieve that outcome is the attack vector.

What are examples of common attack vectors?

SQL injection is a common attack vector in web applications. It takes advantage of a vulnerability that allows attackers to modify queries as they are executed on the underlying database. Man-in-the-middle is another common attack, in which connections are intercepted for anything from simple spying to introducing rogue content.

Phishing exploits combine deceit with malware. Attackers often send legitimate-looking email messages to your users, knowing that eventually an unsophisticated user will click on an embedded link or attachment. That leads to a malware infection or to a “watering hole” with a form requesting more information that the site captures for later use or sale.

Currently, the attack that most often grabs headlines is ransomware, a type of malware that spreads quickly and encrypts all the files it infects. The attacker effectively holds your data hostage and demands payment of a ransom, usually in an untraceable format such as a cryptocurrency. The most notorious instances of ransomware affect large municipalities, shipping lines, infrastructure and hospitals, but small and medium businesses (SMB) often fall victim, too.

Other common attack vectors include, but are not limited to:

What is the relationship between an attack vector and a company’s attack surface?

Think of an attack vector as every attempt to storm the castle of your network. Your attack surface, then, represents the full scope of your vulnerabilities, similar to holes in your castle walls and ladders you left outside. It’s a measure of your overall security posture because it reflects all the ways in which you’re weak and liable to exploitation.

Suppose you use remote desktop protocol (RDP) for your remote workers, but you haven’t added the necessary security layers, or you’re lax about authentication for those RDP sessions. If you’re secure in all the other areas and have them locked down, then your attack surface is limited to RDP. The fewer places you’re vulnerable, the smaller your attack surface in the face of attempts to breach your network.

What do threat actors do?

Threat actors are people who intend to compromise an organization’s security, data, information or reputation. Common classes of threat actors include cybercriminals, nation-state actors, ideologues, insiders and even your own competitors. As described above, threat actors have the what (intent), so they manage and direct the activities of the hackers, who have the how (skills).

Hackers sniff around for openings and clues to openings, like the email address of an administrative assistant with access to executive data. Their thinking is that, although the devices of your CXOs are secure, the devices of admin staff are less secure.

Or, they run port scanning tools, looking for ports that you’ve left unprotected on your firewall. That’s one way to find and exploit RDP, or initiate a SQL injection attack on a database.

Most devious is social engineering, in which hackers perform the digital equivalent of simply talking their way through the door and into your building. It’s a confidence game in which they con their target into revealing information like a password or a location. They can then use the information for the next step in their attempt to plant a malicious payload on your network.

It’s always a good idea to look to flexible endpoint management software to help you discover, manage and secure your devices via traditional and modern methods. 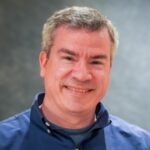 Jody Evans has over 20 years of experience in the endpoint management industry working with vendors such as Ivanti, Symantec, Microsoft, VMware, and most notably KACE. His experience stems from consulting and implementation services, technical training, learning and development, and program management. As a Product Manager for Quest, Jody specializes in cloud-based endpoint management leading the charge for the KACE Cloud solution line, and is excited about helping customers manage their endpoints in today’s workforce landscape.

Ransomware recovery – 10 ways to fortify your last line of defense

Ransomware recovery measures must be protected, proven and fast. Learn 10 ways to fortify your last line of defense against ransomware attacks.

Learn why unified endpoint management plays a significant role in helping you fortify your IT environment against the top three ransomware attack vectors.

Endpoints are always the entry point for data breaches. Learn 7 best practices for endpoint security that can help successfully reduce your risk.