If you’re good enough at it, you score a quick victory and get back to your regularly scheduled chaos. But if you adjust the wrong thing, or adjust the right thing in the wrong direction, well, there went your Wednesday.

SQL query optimization? What makes you think you need it?

Most of the time, it’s a spike in trouble tickets or user complaints. “Why is the system so slow?” your users complain. “It’s taking us forever to run our usual reports this week.”

That’s a pretty vague description, of course. It would be nice if they could tell you, “Things are slow because you’ve got an implicit conversion in line 62 of CurrentOrderQuery5.sql. The column is varchar and you’re passing in an integer.” But it’s not likely that your users can see that level of detail.

At least trouble tickets and phone calls make for an active metric: easy to spot, easy to measure. When they start rolling in, you can be reasonably sure that it’s time for SQL tuning.

But there are other, passive metrics that make the need less clear. Things like slumping sales, which could be due to any number of factors. Is it because painfully slow queries in your online store are making your customers abandon their shopping carts? Is it because the economy is in bad shape?

Or it could be things like sluggish SQL Server performance. Is it because a poorly written query is sending logical reads through the roof? Is it because the server is low on physical resources like memory and storage?

In both scenarios, SQL query optimization can help with the first option, but not the second.

Why apply the right solution to the wrong problem?

Before you go down the path of optimization, make sure that tuning is the right solution to the right problem.

Tuning SQL is a technical process, but every technical step has roots in good business sense. You could spend days trying to shorten execution time by a few milliseconds or reduce the number of logical reads by five percent, but is the reduction worth your time? It’s true that it’s important to meet the requirements of users, but every effort reaches the point of diminishing returns eventually.

Consider these SQL query performance problems and the business context around them:

When you factor business context into your decision to optimize, you can set priorities and buy yourself time.

When you do optimize SQL queries, try SQL diagramming

In step 4, your goal is to drive the query with the table that returns the least data. When you study joins and predicates, and filter earlier in the query rather than later, you reduce the number of logical reads. That’s a big step in SQL query optimization.

SQL diagramming is a graphical technique for mapping the amount of data in the tables and finding which filter will return the fewest records. First, you determine which tables contain the detailed information and which tables are the master or lookup tables. Consider the simple example of this query against a university registration database:

Now, calculate the relative number of records required for the join criteria (that is, the average ratio of rows related between the detail table and lookup tables). Write the numbers at each end of the arrow. In this example, for every student there are about 5 records in the registration table, and for every class there are about 30 records in registration. That means it should never be necessary to JOIN more than 150 (5×30) records to get a result for any single student or any single class.

That exercise is useful if your join columns are not indexed, or if you’re not sure that they’re indexed.

Next, look at the filtering predicates to find which table to drive the query with. This query had two filters: one on registration cancelled = ‘N’ and the other on signup_date between two dates. To see how selective the filter is, run this query on registration:

It returns 4,344 records out of the 79,800 total records in registration. That is, 5.43 percent of the records will be read with that filter.

The other filter is on class:

It returns two records out of 1,000, or 0.2 percent, which represents a much more selective filter. Thus, class is the driving table, and the one on which to focus your SQL tuning first.

The voice of the user

If you’re sure you need SQL tuning, “The fundamental guide to SQL query optimization” offers further insight. It walks you through five performance tuning tips with copy-and-paste queries and case studies, including the one described above.

You’ll probably find that the single most important SQL query optimization tool is the voice of the user. Why? Because that voice lets you know when to start optimizing and it tells you when you have optimized enough. It can ensure that you start tinkering with the gears when you need to and stop while you’re still ahead.

Walk through the five steps in the SQL tuning process. Learn how and what to measure and how to find and correct mistakes that impact SQL query performance. 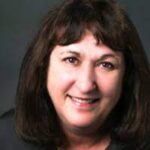 SQL Server execution plan — what is it and how does it help with performance problems?

Learn about the primary diagnostic tool for poor query performance—execution plans and see how estimated and actual SQL Server execution plans can differ.